You are here: Home / Large Kitchen Appliances / Water Softener / Hard Water Vs. Soft Water – What’s The Difference Between Them 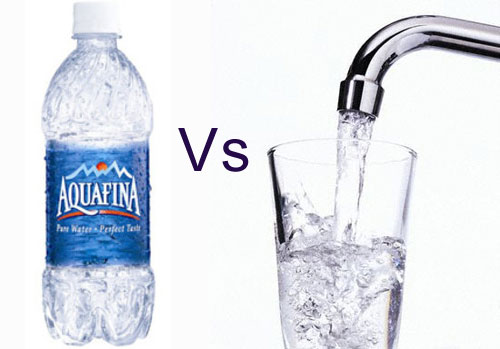 In life, we often hear people talk about hard water and soft water.

Water should be very soft. How can there be soft and hardpoints?

Below we explain in detail the difference between hard water and soft water.

Soft water refers to water that contains no or less soluble calcium and magnesium compounds. In natural water, rain and snow is soft water.

The benefits of using soft water at home:

Kitchen: tableware, porcelain is as clean as new, no trace of water stains; reduce the use of cleaning supplies by 53%, greatly benefiting the environment, kitchen cleaning time reduced by 50%.

Hygiene: The toilet, sink, and bathtub are no longer yellow and dirty, causing odor. The small holes in the showerhead no longer have the white scale, and the water flow is unimpeded.

Laundry: The clothes are soft, clean, and the color is new. The laundry fiber increases the number of washings by 33%, reduces the amount of washing powder by 55%, and reduces the maintenance problems caused by the use of hard water in washing machines and other water equipment.

This type of water does not cause foaming of soap when used at home, and it also deposits a layer of scale on the laundry.

If this hard water is used on a boiler or a steam locomotive, a layer of “hard scale” of calcium sulfate or silica, or a layer of the soft scale of calcium carbonate, is formed on the bottom of the boiler and the wall of the pipe, thereby overheating the pipe wall. , causing the risk of explosion of boilers and pipes. This is very annoying and terrible.

Of course, iron and manganese salts in water are also one of the reasons for hardening water.

Water containing this ion will cause the scale of the soap to form rust on the fabric, and if it is breached, the stain will become worse.

When this kind of water is used to make tea, a layer of “waterskin” will appear on the surface of the tea, and the fragrance of the tea will not fly.

The hardness of magnesium in water makes the water corrosive and markedly acidic, and it also has a metallic taste that can irritate the eyes.

So is hard water nowhere to be? It is wrong; otherwise, how can there be so many people to buy mineral water to drink?

It turns out that both calcium and magnesium are macroscopic metal elements in the essential elements of life.

Scientists and medical scientists have found that the mortality rate of certain cardiovascular diseases, such as hypertension and arteriosclerotic heart disease, is inversely proportional to the hardness of drinking water. The water hardness is low, and the mortality rate is high.

In other words, long-term drinking of hard or soft water is unfavorable to human health.

Hard Water and Soft Water: What’s The Difference Between Them?

Water softening (to create soft water) is the reduction or removal of calcium and magnesium cations (positively charged ions), which are the principal cause of hardness in water (hard water). The most commonly used method to reduce or remove calcium and magnesium is the cation exchange resin system.

What is Hard Water?

Eighty-five percent of the United States has water that is hard enough to require softening. The chemistry of hard water is not complicated. It is simply an abundance of calcium (Ca) and magnesium (Mg) – often called “hardness minerals” – dissolved in water.

In contrast, rainfall is naturally soft water, but it does not stay soft for long; as the rain falls on the earth, it seeps through soil and rock, which is loaded with hardness minerals.

The rainwater soon turns from soft to hard. The level of hardness depends on the make-up of the rock in your water catchment area.

All rock minerals have an electrical charge. Both the hardness minerals Ca and Mg are positively charged. This an important part of understanding how a water softener works.

Why should I be concerned about hard water?

Hard water is expensive, and there are two reasons: Soap curd and scale formation. When Ca and Mg react with soap, and detergent soap curds are formed, these curds form a layer over fabrics dulling colors and making whites look gray. Curds also make individual fibers brittle, which shortens the life of the fabric and your garments.

Because your detergent combines with the hardness minerals, you will have to use more detergent to make soap suds.

The other more serious problem is scale. The scale is formed as hard water is heated. As the water heats, the hardness minerals are deposited in warm water pipes, water heaters, appliances, and boilers.

If left to build up, the scale can become as hard as a rock. The result is that the heating element has to heat the rock as well as the water, using a lot more energy.

How do I know if I have hard water?

Are your sinks, toilets, tubs, dishes, and glassware marked with water stains? Is your hot water kettle always full of “fur”? Do your clothes look dull? If you answered “Yes,” then you probably have hard water.

If you want to be more accurate, you can do a home hardness test, or you could call your municipal water department and ask them to recommend an independent water testing laboratory who will tell you your exact water hardness in “Grains per Gallon” (GPG). You can use the result to calculate the size of the water softener you need for your household.

How can I do a home hardness test?

Take a screw-top jar and some pure detergent or bar soap. Half fill the jar with cold tap water. Next, sprinkle a few flakes of detergent, or scrape a few shavings of bar soap into the water. Place the lid on the jar and shake until a lather or foam forms. If there is little or no lather, your water is considered hard. Next, dip your finger into the water. Did it leave soap curd on your finger? If it did, you probably have hard water.

Although a certain hardness of water can reduce the toxicity of metal and the incidence of cardiovascular disease, the water consumed by residents needs to be softened to avoid adverse effects caused by hard water.